What if the Bank raised the interest rate unilaterally?

How to reduce the interest rate on a loan through the court?

How to reduce the monthly payment on the loan?

In most cases, Banks allow a unilateral increase in the interest rate on loan agreements, and not always notify the borrower of such a rise. However, these actions of the Bank are ILLEGAL!

According to article 525 of the Civil code of Ukraine unilateral refusal of the obligation or unilateral change of its conditions is not allowed, unless otherwise established by the contract or the law. But, today, the specified norm does not work for the Respondent.

The corresponding norm blocks the possibility of Banks unilaterally increasing the interest rate on loans.

In connection with the above, based on legal analysis of the laws of Ukraine and regulations of the National Bank of Ukraine On Banks and Banking activities, Banks can change the interest rate on loans provided only in the case of increasing the discount rate of the NBU.  Problem loan.

Attention! All Borrowers of Banks need to check their mutual settlements on loans. If there is a unilaterally increased interest rate by the Bank, the Borrower can reduce his debt to the Bank through the court!!!

What to do with the loan?

Under these conditions, individuals and legal entities that have received loans should understand that Banks do not have the right to unreasonably increase the rate on already provided loans. ‘There is no money to pay the loan’. I don’t want to pay the loan’ is another story.

It should be noted that all credit agreements which are offered by Banks for signing customers are typical, and in all contains a clause that in the event of a change of monetary policy by the decisions of the legislative or Executive authorities, National Bank of Ukraine, as well as, in case of occurrence of an event that has a direct impact on the value of the resources of the Creditor and which does not depend on the will of the parties, the Creditor has the right to change (increase or decrease) the interest rate on the loan.

By including such a clause in the loan agreements, the Banks consider that they have the right to raise the interest rate on the loan on their own, at their own discretion, and, in this case, the Bank’s client must either agree to an increase in the interest rate and sign an additional agreement on this, or, if he does not agree with it,

What to do if you cannot pay the loan?

Attention! The Law of Ukraine On consumer protection clearly establishes one of the cases of changes in the interest rate on the loan, namely, the change in the discount rate of the NBU. The concept of other cases is not specified in the Law.

However, this does not give grounds for the conclusion that the contract list of cases in which there is a change in the interest rate on the loan is unlimited.

Given the practice of concluding agreements lending – banks develop own standard forms of contract, the terms of which are the same for any ordinary client and not modified by the Bank at his request, there is every reason to conclude that the credit agreement is an adhesion contract because the consumer, desiring to conclude an agreement, is unable to affect its terms, including as to unilateral changes in interest rates.

In such circumstances, the provisions of the loan agreement that give banks the right to change the interest rate at their own discretion are discriminatory in the sense that this concept is embedded in the law on consumer protection.

Thus, the concept of so-called other cases can not be interpreted in an extended way, but can only cover those cases that are not discriminatory in the sense of paragraph 4 of part 5 of article 11 of the said Law. These so-called other cases can only be the occurrence of events that are as independent of the will of the parties to the agreement as a change in the NBU’s discount rate.

→ Also, banks are not allowed to change the interest rate on the loan due to the will of one of the parties (changing the credit policy).

In connection with the above, and based on the legal analysis of the laws of Ukraine and regulatory acts of the NBU on banks and banking activities, banks can change the interest rate on loans provided only if the NBU’s discount rate is increased.

With regard to loans received before the NBU discount rate increase, it should be understood that the Bank’s client, based on article 4 Of the law “on consumer protection”, The law on banks and banking activities, and resolutions of the NBU Board of Directors, has the right and must request justification of the reasons and circumstances for increasing the interest rate under the loan agreement, its calculation and compliance with the current legislation of Ukraine on banks and banking activities, before signing an additional agreement.

→ If the Bank does not agree, the client can apply to the NBU representative office or the local court.

It should also be noted that banks are liable for an unreasonable increase in the interest rate on a loan, contrary to the current legislation of Ukraine, in accordance with the Law “on banks and banking activities”, The law “on consumer protection”, The code of administrative offences of Ukraine and other legislative acts.

Therefore, if the Bank’s actions violate Your rights and legitimate interests, this can and should be countered. You need to start with a detailed analysis of the loan agreement and current legislation, which will certainly need the help of a competent lawyer.

By contacting Kasyanenko and Partners Law Company, you will find a solution to your problem. 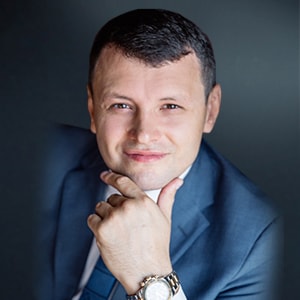