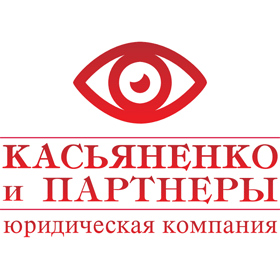 Successful investments are an excellent indicator of how effective investment activity in a particular region and in the country as a whole is, as a favorable environment for doing business. Today, Ukraine is open to investors from all over the world, which the latter actively use. Concession (law of Ukraine on concession, a type of agreement on the creation or reconstruction of objects (usually) of real estate owned by the state at the expense of the investor (or jointly with the Concedent), as a result of which the investor is able to operate the object on a paid basis, collecting income in their favor.

Kasyanenko & Partners Law Company specialists will provide you with the necessary support throughout the entire process of implementing investment projects, including organizational and informational support.

Ukraine is a country with great potential and developing infrastructure. Located in the Eastern part of Europe, it has gained a favorable geopolitical and geographical position, which plays an important role in world trade. Profitable investments, today Ukraine has the status of a European country with an impressive transit potential in the Euro-Asian region, thanks to short transport routes and long transport corridors.

The transport network of Ukraine consists of:

Like any industry, transport requires attracting new investors, investments and financial injections, without which sustainable development, the introduction of high-tech solutions and the integration of the national transport network into the global network is impossible.

After signing the Association Agreement with the EU, Ukraine has opened up new opportunities and prospects for development and investment in the Ukrainian economy. But at the same time, there was a need to modernize the existing transport system to integrate it with the Trans-European one. Foreign investors should play an important role in this issue.

To attract investors, a Transport strategy was developed, according to which, by 2020, favorable conditions will be created in Ukraine to ensure the financial attractiveness of the transport industry as an object for investment, the development of public-private partnerships and other measures to attract cash flows. The main objective of the investment strategy in the economy of Ukraine is to improve the state of the transport infrastructure of Ukraine.

Investment in the railway sector. Ukraine

Investments in the road sector. Ukraine

Investments in the Maritime and river sector. Ukraine

Investments in the aviation sector. Ukraine

For cooperation and additional information on investing in the transport sector of Ukraine, a potential investor can always contact Kasyanenko & Partners Law Company specialists at the contacts listed on the website.

→ Concession — this is the granting of the right to create/build and/or manage/operate the concession object (fixed-term paid ownership) to a legal entity or individual (business entity) for the purpose of satisfying public needs by an authorized Executive authority or local self-government body on the basis of a concession agreement on a paid and fixed-term basis, provided that the business entity (concessionaire) undertakes to create/build and / or manage/operate the concession object, property liability and possible business risk. The Law of Ukraine On Concession.

→ Concessionaire – a business entity that has received a concession in accordance with the Law on the basis of a contract. Several persons may act on the concessionaire’s side.

Today, Ukraine needs a significant factor to increase economic efficiency by attracting domestic and foreign investors to implement projects based on a partnership between the state and the private sector in the form of a concession, since the country has a great potential for cooperation and mutual investment in various infrastructure sectors.

The experience of many developed countries shows that the improvement of all performance indicators of municipal and state property should be based on attracting financing and managing private capital objects on the terms of public-private partnership. The most common form of such partnership is a concession.

The concession mechanism allows the state to transfer social, investment, environmental and other obligations to private owners for the entire period of the agreement between the parties, while retaining property rights to state objects, both existing and created during the period. During the term of the concession agreement, the country’s budget will receive a share of income from the investor’s activities in the form of concession payments.

The concession is a mechanism that will attract investors to the country, whose cash flows will become a serious factor for improving the efficiency of operation of all state infrastructure facilities and their modernization.

Concession activity brings a long range of advantages, among which the key ones are the creation of new jobs, the implementation of social projects, the revival of economic activity, and the introduction and development of global business practices.

It is worth noting that international institutions such as the ECE, UN, UNCITRAL, EBR, IFC and the world Bank have been actively developing standards, methodologies, and guidelines for summarizing best practices for implementing public-private partnership projects in the world, including concessions. The standards listed above are the basis of the concession mechanism.

We should not ignore the fact that to date, Ukraine has not implemented any major project on the terms of a concession. The reason for this is the imperfection, obsolescence, inconsistency of legislation in the field of public-private partnership and concession.

At the same time, the concession mechanism is actively used in the global community to implement large-scale infrastructure improvement projects. For example, more than 50,000 kilometers of roads were built and put into operation in the European Union.

The concession mechanism was developed and registered in the Law of Ukraine On Concession to improve the legal regulation of the relevant activities for the implementation of large-scale and high-quality projects on the terms of the concession agreement, which correspond to world practice. This mechanism provides for:

Concession under the new rules: investment opportunities and risks in accordance with the Law of Ukraine On Concession

In October 2019, the Law On Concession was adopted and signed, which opened up new opportunities and potentials for the state that were previously absent in Ukraine. Despite this, the law provides for certain rules that may carry potential risks for the concessionaire.

→ The first point is the implementation of the concession agreement. One of the mandatory stages is the environmental impact assessment, which falls on the concessionaire after the agreement is signed. The risk is that an individual, after winning the competition, may lose the opportunity to implement their project due to a poor conclusion on the assessment of the impact of the chosen activity on the environment. In such circumstances, it would be appropriate to involve environmental law experts in evaluating participation in the concession competition. (Law of Ukraine On Concession)

→ The third risk is an article that specifies that the concessionaire may be granted exclusive or special rights related to the implementation of the project. What are special rights, the law is silent. It is still difficult to determine exactly the risk potential for investors, as well as to say whether this will work at all.(Law of Ukraine On Concession)

→ Last point-transitional provisions of the new law. They indicate that the holding of concession tenders started before the entry into force of the law in 2019, and further conclusion of contracts based on the results of this event will be carried out using the old legislation (Law of Ukraine On Concession).

Kasyanenko & Partners Law Company is an advanced law firm that will help in any issues related to the concession according to the new and old legislation, investments in the Ukrainian economy will become much more attractive and profitable. Turning to us for legal assistance, you provide yourself with effective cooperation with specialists of the highest level! We will calculate all the risks of investing!